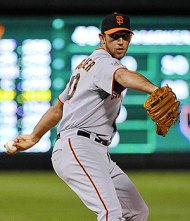 Ok, definitely NOT a DFW sports figure, but this Rangers’ World Series nemesis most deservedly gets a nod for what he did to us in Game 4 of the World Series. 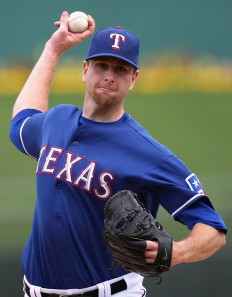 This laughing Ron Washington image is almost becoming iconic here in Rangerdom.  There’s a t-shirt that Josh Hamilton wore once that had laughing Ron on the front with the words “University of Washington”.  I want that shirt. 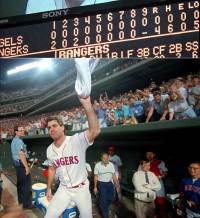 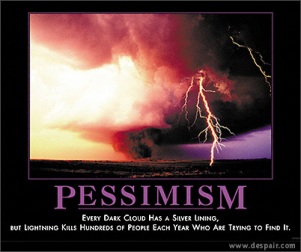 I know, I’m supposed to be gushing with giddy optimism because the Rangers acquired Cliff Lee, but it just ain’t happenin’.  Yeah, there’s plenty of “gid”, Lee’s a bona fide bad a$s, probably the most legit ace the Rangers have had in eons, but I remain pessimistic for a number of reasons:

1. Brutal second-half schedule.
Starting with four at Boston, then a trip to that Rangers Hell known as Tigers Ballpark (I know, it’s known as something else, but I refuse to use dooshy corporate ballpark names).  Still have 14 games with Los Anaheim, as well as another series with Boston and the Yanks, not to mention road trips to Toronto, Tampa, Minnesooota, and I never thought I’d be weary of this one – a four game road trip to Baltimore.  Oh, and 43 of the remaining 74 games are on the road.

2. Questionable pitching.
Even with the addition of His Leeness, this starting rotation is questionable at best.  Feldman just flat-out sucks, C.J. is meh, the jury is still out on Colby Lewis, as it is on Tommy Hunter.  The bullpen is warn out, though the Alexi Ogando call up and the acquisition of the inning-devouring Cliff Lee might ease the stress there.  Who the hell knows what we’ll get from Rich Harden when he returns, and I have a hunch that Derek Holland is done for the year.

3. Molina? Really?
I don’t know what the hell J.D. was thinking with this trade.  I thought the Treanor/Max Ramirez platoon behind the plate was working just fine.  It is downright painful to watch Molina labor around the base pads… this coming from a fat guy (me) who is getting really sick of the de-humanization of fat people in today’s society.  I might have been ok with JUST giving up Chris Ray for Molina, but wasting a good prospect like Michael Main?  This reeks of farm system mistakes from front offices past.  I’m told I’m wrong about this from baseball acquaintances seemingly more baseball sageier than I.  I hope they are right, cuz it looks to me like we just gave away a good prospect for a guy who looks like me running the bases.

I know I could probably itemize some more, but I’m already getting bored with this post.  It boils down to this: until this team makes it to, AT A MINIMUM, the ALCS, and AT LEAST puts up a hard-fought, go-to-seven-games fight, I will forever be a pessimist in the land of Rangerdom.

And please, don’t tell me to “just have faith”, “faith” is for…well, don’t get me started on that.

Fantasy baseball has opened my eyes to many facets of baseball that I’ve never really payed attention to in the past. One phenomenon that has gotten my attention this year is what I’m dubbing “Big Contract-itis”, i.e. player signs big-money contract, player proceeds to have significant drop in performance.

Close to home in Arlington, we have witnessed this phenomenon with Rangers “ace”, Scott Feldman.  He had a stellar 2009, got rewarded with a big contract in 2010 (big by Rangers standards), and has proceeded to look like hammered shiite so far this season.

Last night at the ballpark, I watched the Rangers hammer “King” Felix Hernandez…again.  Felix is hardly his 2009 self and guess what?  Big contract and long-term commitment from the Mariners at the beginning of the season.

While I realize we are only at the 1/3 mark of the season, I can’t help notice that big contract-itis seems to have afflicted others around the league: Ryan Howard, Jason Bay, Chone Figgins, and much to my fantasy baseball dismay, Joe Mauer.

So, BAPL Nation, I want to know what you think of this phenomenon:

2. Is Big Contract-itis a manifestation of the human tendency to get complacent when secure?

3. Or is it just too early in the season to be diagnosing this “disease”?

Lemee know what you think…

You’d think at the ripe age of 45, I would sense the red flags after hearing this statement.  But alas, when it comes to the game of baseball, I’m still a 15 year old kid susceptible to temptation.

Yes, I’m talking about my latest new addiction, Fantasy Baseball.  Not only did my baseball crack dealer get me hooked on one league, he managed to hook me on two, and let me tell ya something, dear readers, it is some kind of hella-addicting.

Not only that, it has changed the way I watch the game.   It’s not unlike the first time I watched “The Wall” whilst stoned outta my gourd.

Suddenly, I give a crap what Brad Hawpe of the Rockies is doing at the plate, that Torii Hunter just grounded into a double play, or that Matt Cain just gave up a game-tying triple.  Aaron Hill pulled a hammie?  Oh crap!  Now I have a reason to give a shiite about the Blue Jays and am forced to learn that the D-Backs second baseman has a girl’s name.

My fandom loyalties are also being tested and pulled in all directions.  While watching Scott Feldman pitch at Rangers Ballpark this week, I found myself secretly rooting against him because he was one of my fantasy opponent’s starting pitchers.  Then again, Feldman is one of MY starting pitchers in the other fantasy league!  GAHHH!!!   Worst of all, I have Mariano Rivera as one of my closers in both fantasy leagues, so I’m now actually rooting for the Yankees when Mo is in a save sitch!

My advice, “Just Say No” to fantasy baseball, it will take over your life.
(I’m kidding, it effing rocks!)

Now please excuse me while I go knock off a liquor store so I can make my dues in the pay league.